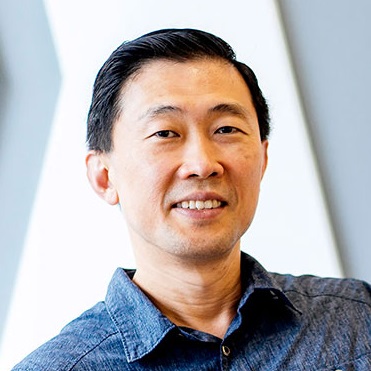 It comes as no surprise to anyone that China is considered a big and booming potential market for drugs and medicines—or anything else, for that matter. The country has 1.3 billion people and a growing middle class that can afford to buy what they want or need.

There have been some major changes in the last year or two, however, that have made China an even more appealing drug market.

Steven Fang, executive director of InvitroCuewith offices in Australia, China and Singapore, took time to talk to BioSpace about the company and the Asian market for biopharma.

Fang describes Invitrocue as a “personalized oncology company that offers clinical and pharmacological services for the purpose of identifying the right drug for the right patient.”

The company’s primary product is Onco-PDO, which stands for Onco Patient-Derived Organoid test. Many cancer treatments are “one-size-fits-all,” although there are definite trends toward oncology treatments for more and more specific subgroups of cancers based on biomarkers.

Fang told BioSpace, “The Onco-PDO came along because many cancer treatments are based on large patient numbers from the general population, without taking into account the differences between individuals. Most patients engage in a trial-and-error approach to finding the treatment that works for them—the process is taxing on the patient’s health and body, results in a loss of critical treatment time, and causes additional financial burdens.”

Onco-PDO is a way of personalizing cancer treatment. Samples are taken of the tumor during surgery or biopsies and then grown in the laboratory. The testing is then performed on these samples using various cancer drugs to determine the most effective ones for that patient. This is then used to develop a tailored treatment strategy for the physician.

The test was launched in April 2018 in Singapore for the indication of colorectal cancer. Fang says the company will be focusing and investing in “three key areas over the next few years: building channels; next generation multi-culture organoids; and ramping volume growth in number of tests and revenue to drive shareholders return.”

As mentioned above, the China biopharma market is going through a remarkable period of growth. Some of this is driven by the recent rules change for the Hong Kong stock exchange. Unlike in the U.S., where it’s common for biotech companies with no product on the market to raise money through an initial public offering (IPOs), until recently that was now allowed in Hong Kong. In April 2018, changes were made allowing biotech companies with no products to file IPOs.

In August, Chinese biotech company Ascletis Pharma debuted on the Hong Kong stock exchange, followed by many others.

Fang, when asked about the pros and cons of Hong Kong IPOs, said the pros included “higher market liquidity and trading volume, access to a wider base of investor types, and higher PE multiples.” In terms of the cons, he said, “Higher speculation play and short-term outlook.”

In terms of the China market, there have been particular changes to China’s regulatory agency, the National Medical Products Administration (NMPA), reorganizing it as a vice-ministry level central government body under State Administration of Market Regulation. And in July, the NMPA published Technical Guidelines allowing early phase clinical trial data from companies outside China to be used in support of China marketing applications. This has resulted in a spate of new drug approvals from ex-China in the last two years.

In the 21 months prior to September 2018, 30 innovative drugs were approved from companies outside China. The agency fast-tracked 48 drugs that had already been approved in the U.S., Japan or Europe.

With offices in both Singapore and China, Invitrocue and Fang have more of an insider’s view of the Asian market, which is a rather broad term. Fang says, “Asia has the fastest aging population and also the fastest growing population base that drive many healthcare demands. Asia markets are highly fragmented with very different needs that drive the type of technology and pricing.”

Along with that, he notes, there are diverse regulatory needs and “distribution and healthcare tiers that are different from the western market.”

The disadvantages are “multi-layered distribution channels that add costs and multi-lingual and multi-cultural obstacles that require localization.”

He also says, “For western companies, it’s also important to understand local culture and have the right partner to work with. Protect your IP but also be aware that in certain cases, there’re varying degrees of legal systems. Also, payors vary from market to market so make sure enough research is done to understand your stakeholders.”